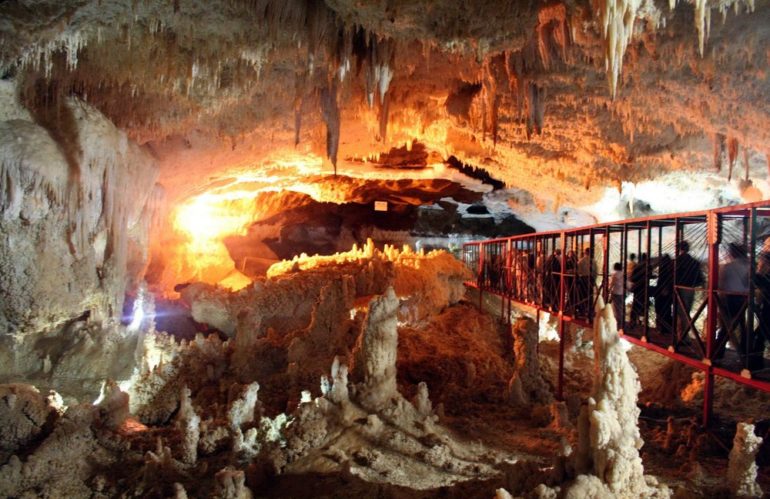 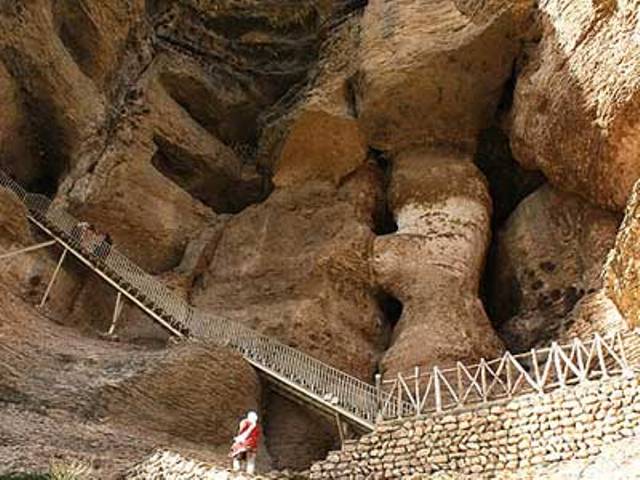 is a cave 67 kilometers north of Divandarreh City in Kurdistan Province. This cave is a lime cave created in the Cenozoic Era. Some parts of the cave are carved and different inscriptions and reliefs of animals are visible in them. There is a Greek inscription above the entrance door of one of the rooms on the third floor of the cave that has mentioned this cave as “The Temple of Heracles”.
This monument was registered as one of the national monuments of Iran on February 10, 1940 under the registration number of 330. 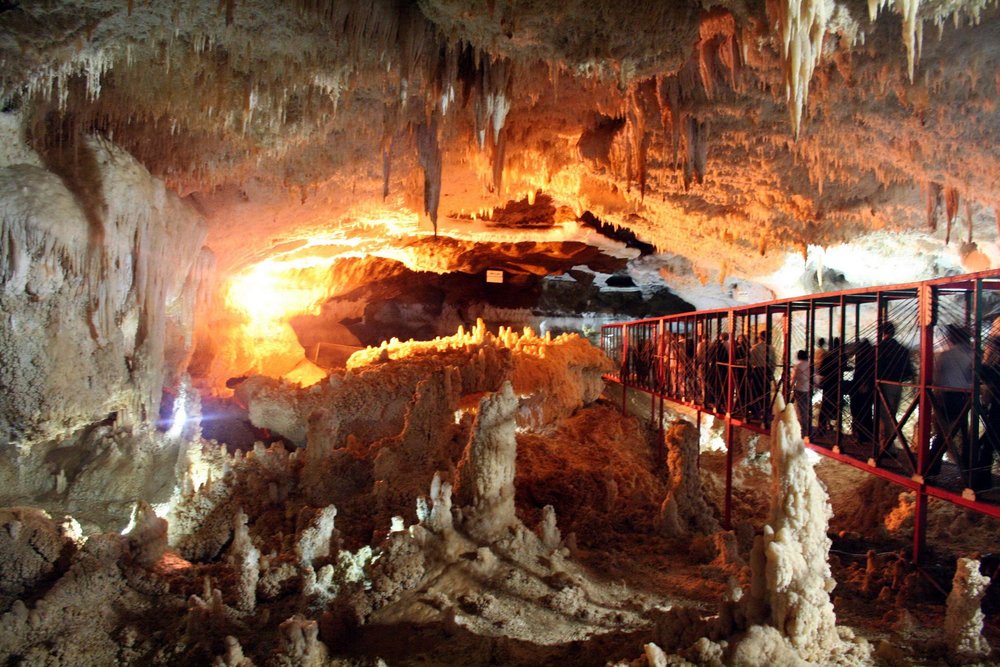 The Caves of Karaftu are limestone caves, and believed to have been naturally formed several millions of years ago. Studies have shown that the region had been underwater during the Cretaceous period, and that the mountains emerged out of the waters during the late part of this geologic period. There is still water in certain parts of the cave, and these areas may be explored using small boats. 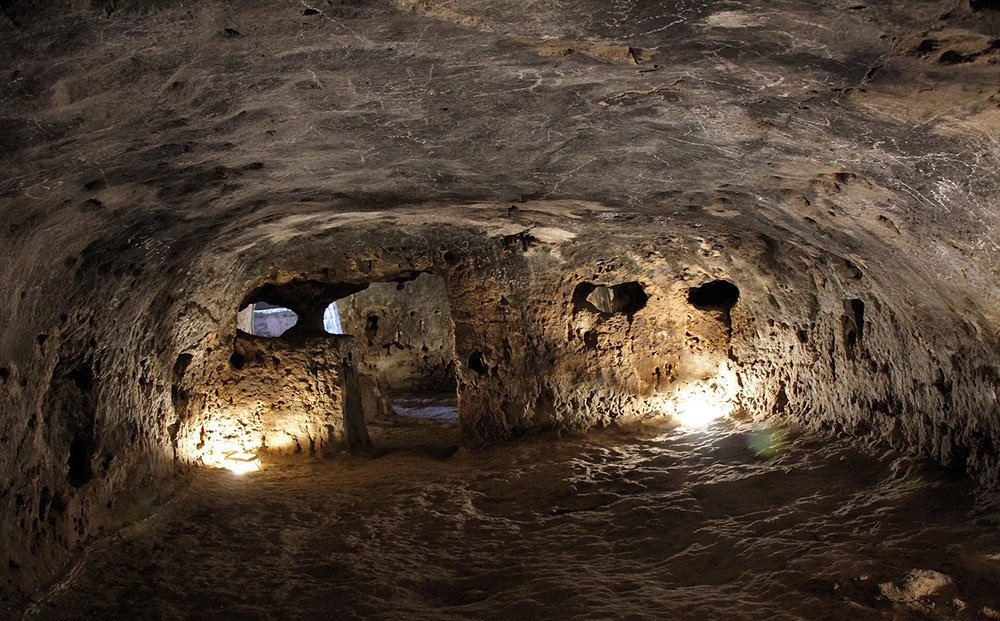 The architecture of Karaftu Caves is remarkable. It is about 500-meter long with chambers and corridors on four levels. The height of the cave is about 20-30 meters from the hilltop.
On the top of a chamber on the third level of the cave, there is a Greek inscription called Heracles (2000 years ago). It reads, “Heracles lives there and no evil can enter it.” Some historians maintain that the cave was a temple of a Greek goddess built by the Seleucids on their way to the west. The name of the goddess is carved on one of the walls of the third room, accompanied by a horse rider (hunting a deer) which is believed to illustrate Goudarz the Ashkanid king.

Entering these caves is still very difficult, as the entrances are placed on the heights of this steep mountain. The corridors are also difficult to pass through, as the sizes are constructed for strategic purposes. Some passages also maintain natural water wells, and many of the labyrinth-like corridors lead to important fireplaces in the temple.
There is a stone stairway at its entrance from where a number of connecting passages link a number of chambers and light enters those chambers from windows cut in stone. 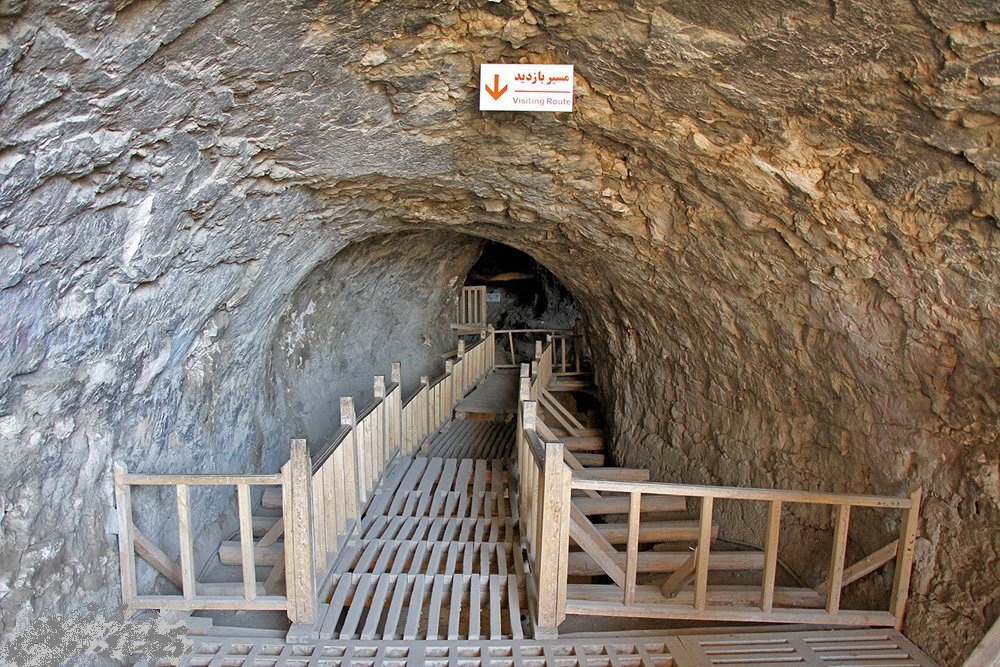 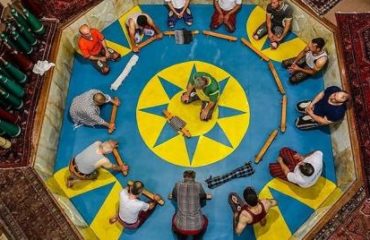 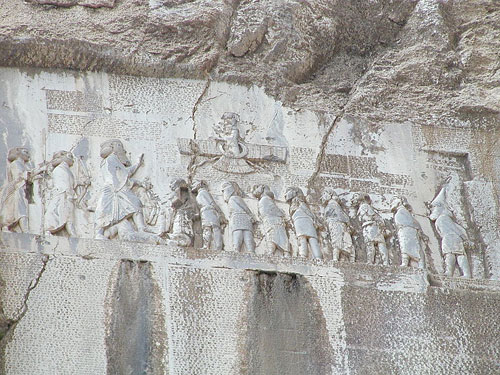 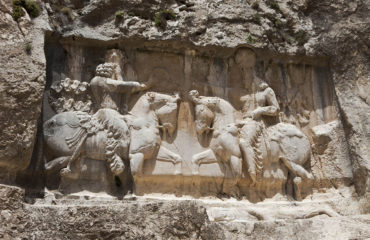 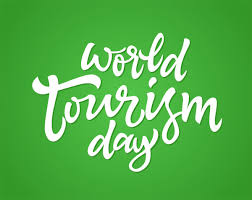 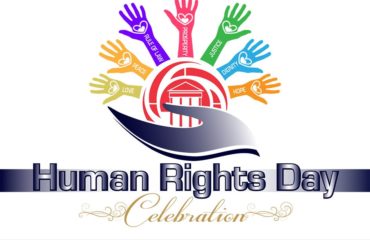 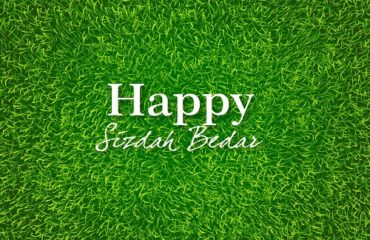